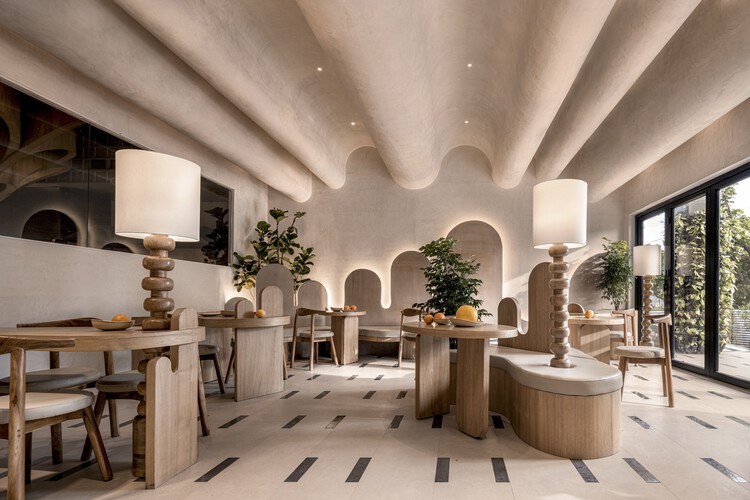 “The curve is the line of the Gods.” Myfresh Café is an attempt to create a bold, sinuous space that unequivocally and unapologetically mimics natural form. It’s an experimental company that explores the minimal aspect of seamless shapes.

Architect Charles Deaton said, “If people don’t have angles, then we shouldn’t live in boxes. The perishable grocery super-brand called for an unconventional, fluid and adhesive design for its restaurant section. The idea was to create a seamless volume characterized by curvilinear ceilings and statuesque stone chips from Dholpur on the blank canvas. The free-form oak furniture adds a curvy second layer that enhances the zaftig volume.

The third accent layer of green and floor lamps gives the space vertical momentum and depth. The fierce and striking dynamism of the space is consciously toned down by a monotonous palette of beige and tawny tones. MyFresh is a contemporary outlet that reflects the mood of its customers and attempts to evoke magic through its luscious imagery.